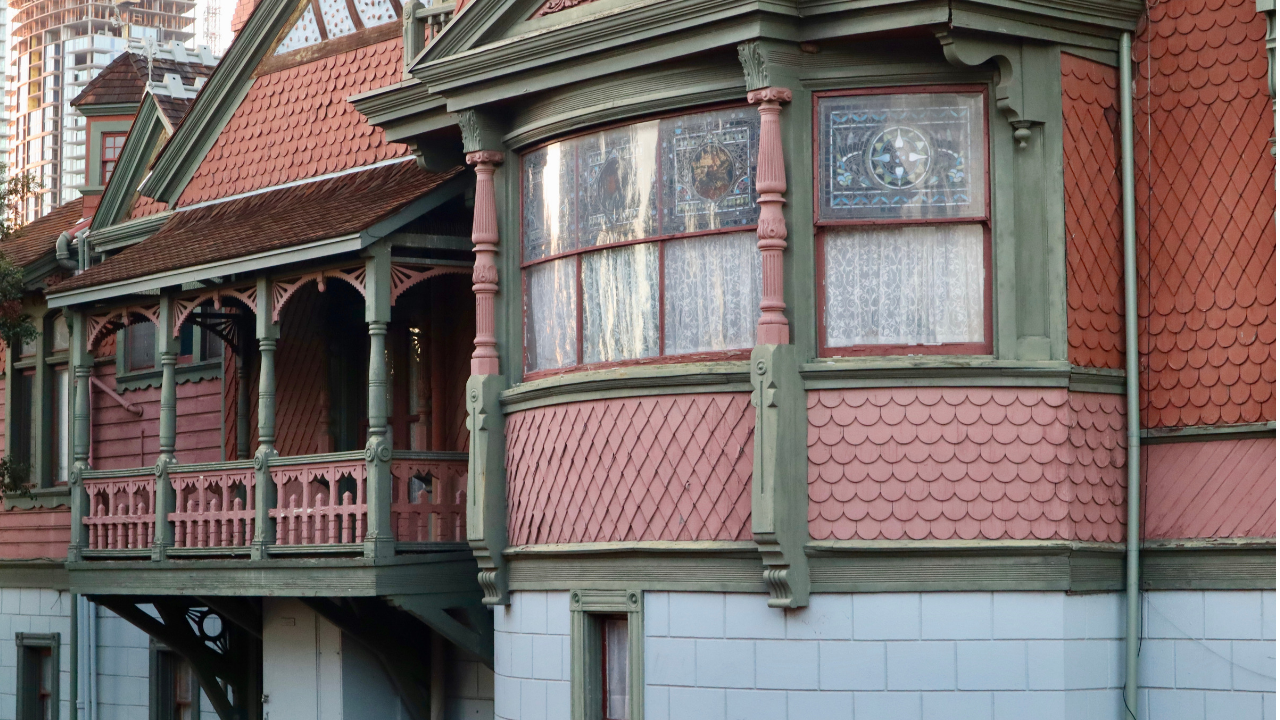 It’s that time of year again when haunted ghost tours and spooky decorations creep their way on to the front yards of the most reserved San Diego neighborhoods.

From Pacific Beach to Poway and Downtown to Del Mar, it’s not uncommon to see 10 foot blowup pumpkins and large man eating spiders haunting San Diego neighborhoods.  There’s no denying, Halloween is in the air.

Today’s All Hallows’ Eve is enjoyed by both children and adults.  Trick or treating, office costume parties, and community gatherings are all opportunities to dress up (or down) and take part in the festivities.

For some San Diego homes, past and present, the hauntings don’t end when the decorations and masks come off. These are the real San Diego haunted houses.

The following 3 San Diego houses have endured decades of paranormal activity that transcend the realm of Halloween.

They’re noted as some of the most haunted places in the country and are considered haunted San Diego real estate.

All three properties have historical relevance to the city of San Diego and have been converted into some type of museum to allow public access. 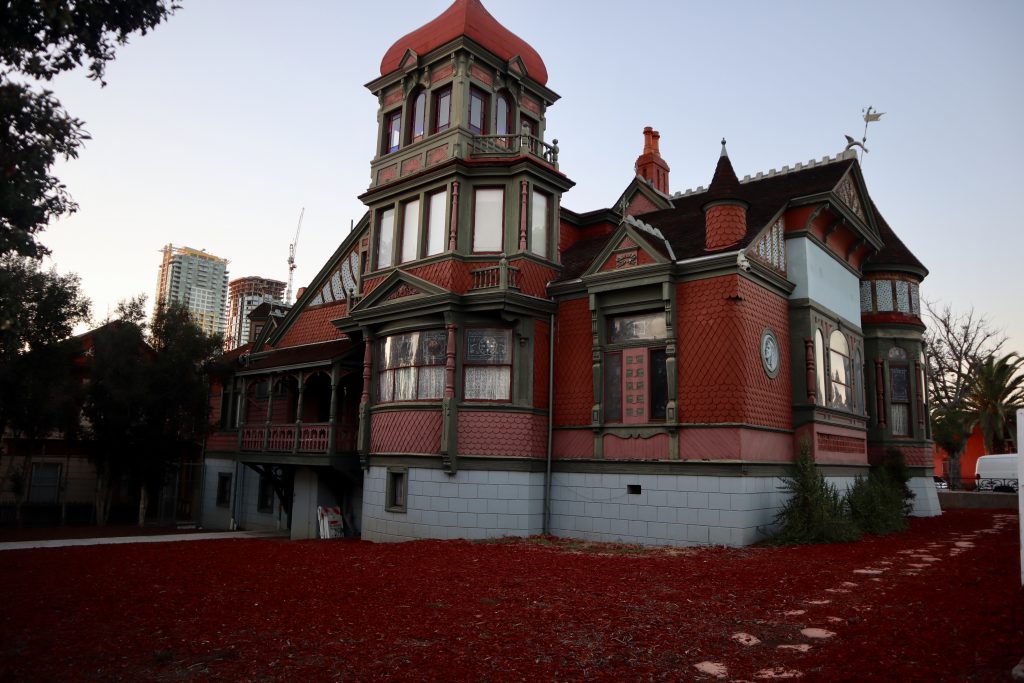 The property is quite a contrast to the towering modern glass skyscrapers that can be seen in the distance from its perch elevated in the Sherman Heights community.

Built in 1887, the home has beautiful stained glass windows and ornate towers.  It’s presence is large and powerful with grotesque rooftop gargoyles keeping a watchful eye and revival Queen Anne architecture so turn of the century that it renders the property completely out of place. 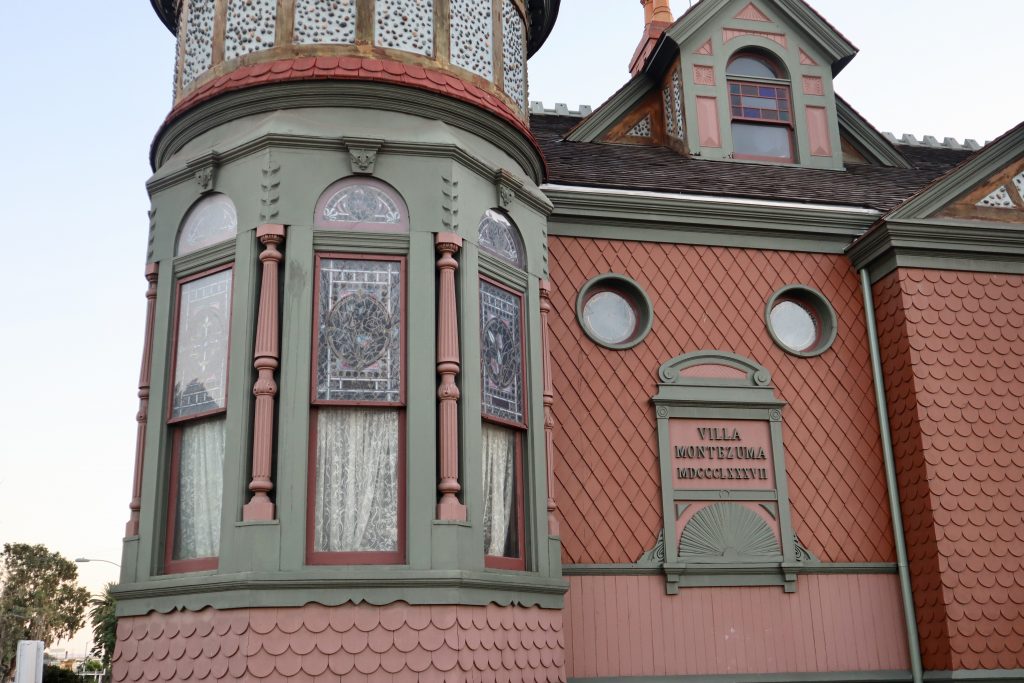 The property is also referred to as the Jess Shepard house who occupied the home.  Mr. Shepard was obsessed with seances and the spirit world, holding numerous seances in the home.  It is rumored to be haunted by at least two ghosts, Mr. Shepard and a poor soul who hung himself in the observatory tower.

Neighbors of this massive time capsule claim to hear strange sounds and piano music coming from the property during the early evening hours. 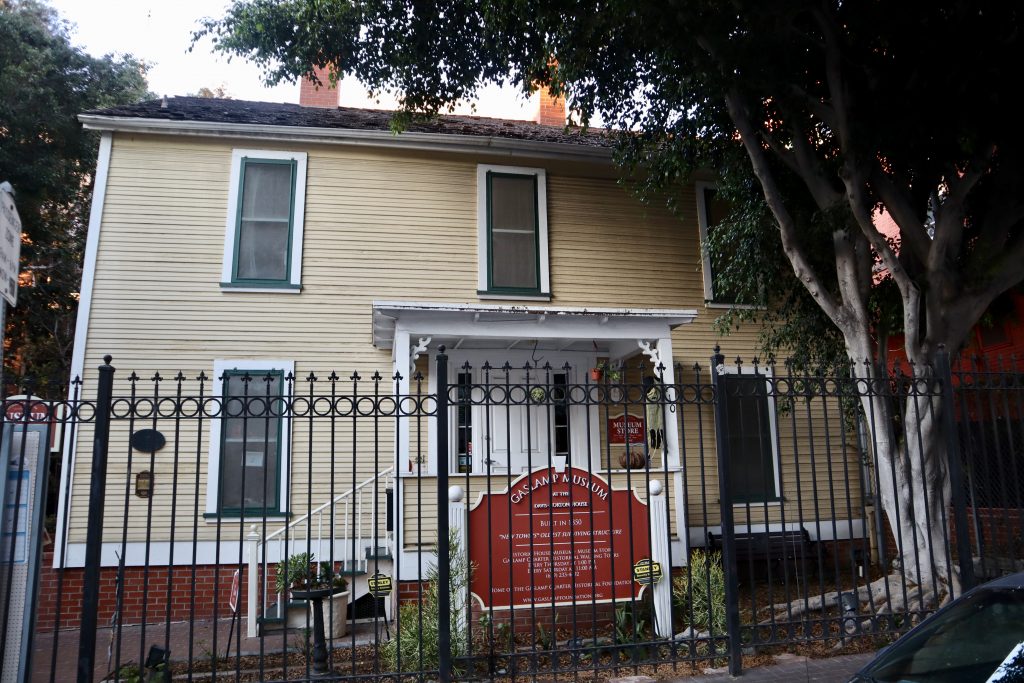 The Davis Horton House (formerly known as the Heath David House) was built in 1850 and is the oldest standing structure in downtown San Diego.  It is located in the Gaslamp District.

This part of town was once referred to as New Town and known as the red light district of San Diego with numerous bars, brothels, and undesirables up until the 1970’s.

The Davis Horton house was a salt box-style structure shipped from Maine to San Diego.  It remains very basic in appearance and some what unassuming, but there’s nothing basic about its scary reputation. 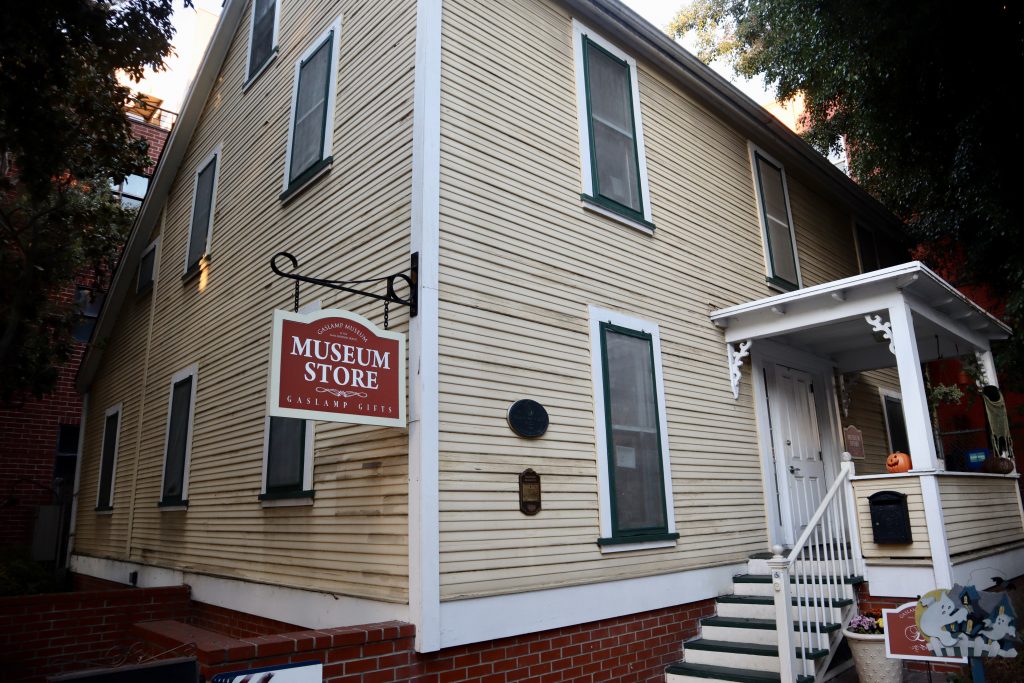 The home has been used as a pre Civil War military officers barracks, a county hospital, and a private residence.   Alonzo Horton who was considered the “Father of San Diego” once resided in the property.

An entity in all black presumed to be a former madam has been seen wandering the grounds, day and night.  Dead children have been witnessed wandering the halls in various stages of decay and the spirit of a nurse makes herself heard helping people who lived long ago.

Perhaps, the most disturbing entity is that of a presumed former prostitute whose ghostly apparition has been seen writing messages and words on the walls of the home in blood red markings. 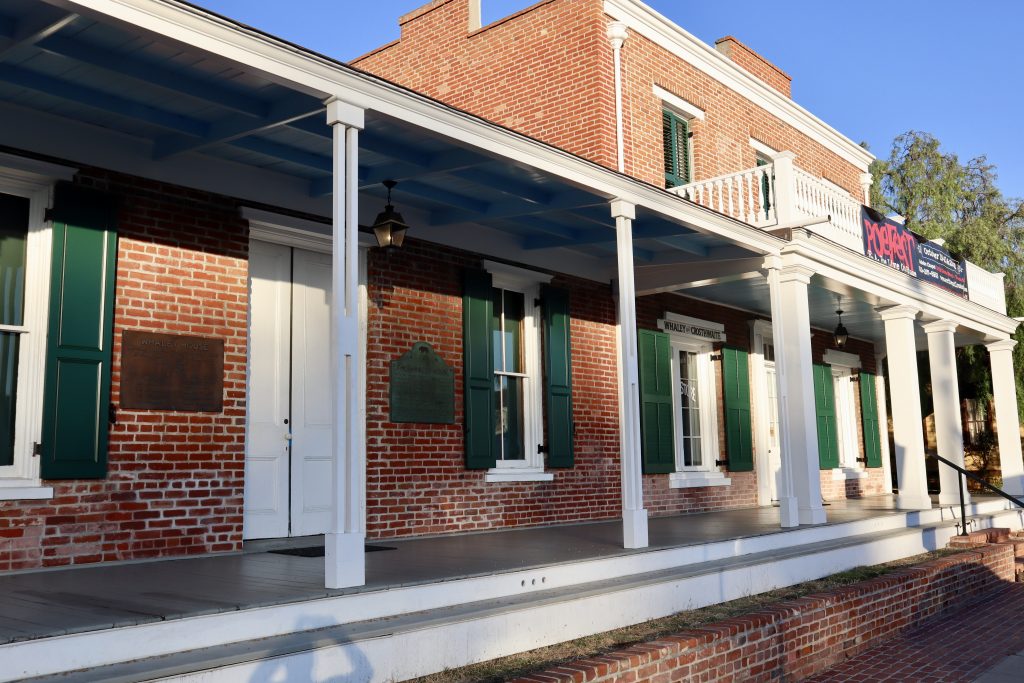 The Whaley House is the most famous haunted house in San Diego and arguably the country.

Located in Old Town San Diego, the birth Place of California, the Whaley House was built in 1857.

Today the Whaley House is a well known tourist attraction for any would be goer enjoying Old Town San Diego.

But this home has a checkered past filled with death and sadness.

The home site served as a courthouse, general store, theater, and residence. 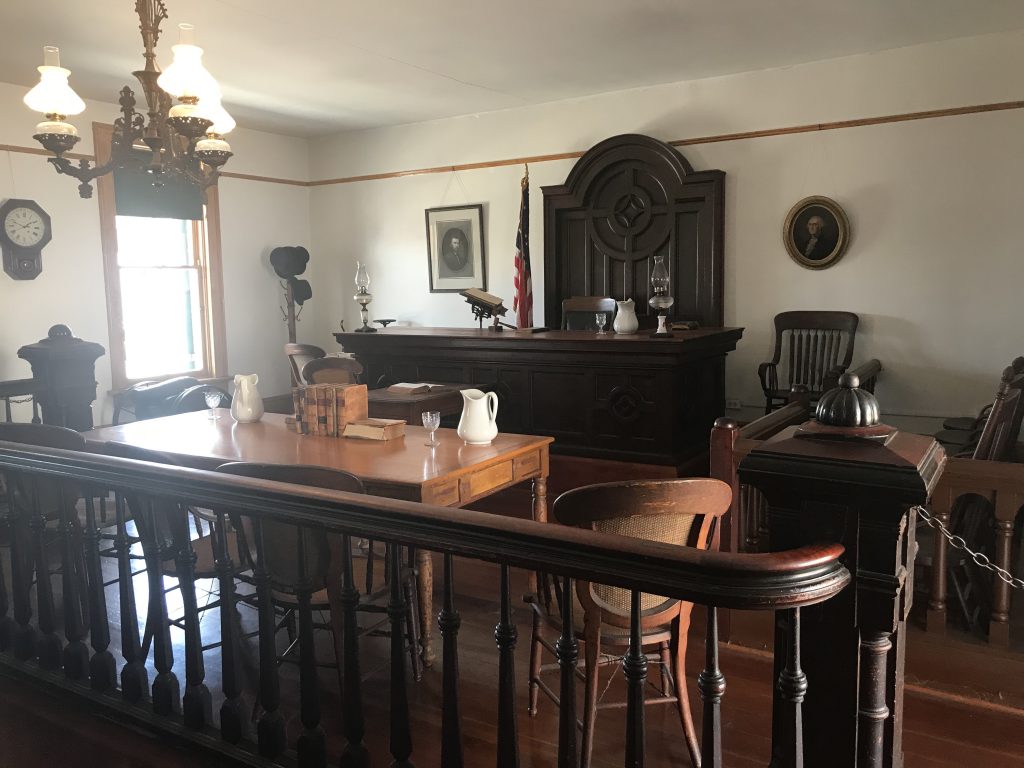 The most famous hanging on the property while serving as a courthouse was Yankee Jim in 1852.  The hanging was botched and Yankee Jim suffered a cruel death swinging back and forth until he strangled to death.  He’s rumored to still haunt the grounds today.  (Oddly: Mr. Whaley was present at the hanging and watched prior to purchasing the property years later)

Not long after the Whaley’s took residence in the home their young son Thomas (18 months) died of scarlet fever.

Several months later the home was engulfed in a fire, destroying the general store portion.

Several years later in 1885, daughter Violet Whaley committed suicide after a failed marriage.  She is presumed to still haunt the house.

In addition another Whaley, great grand daughter Marion Reynolds who died tragically off site but grew up in the house has made her presence known.

Over the years numerous Whaley descendants have been seen in and around the property.  Strange sounds, sights, smells, and encounters are not uncommon.

I Recently had an opportunity to tour the Whaley House and afterward spoke with one of the museum hosts regarding Yankee Jim, Ghosts, & other historical facts.

Check out the video below.

Museum staff tell of a story where on a beautiful San Diego fall evening a man with a noticeable hunch and limp walking past the home, abruptly straightened up and made a mad dash into the home.

He pushed his way past the museum ticket takers, yelling and hollering “Don’t you know who I am” and “Get all these people out of my home”.

He ran beyond the roped off section of the historical home and sat in Mr. Whaley’s parlor chair.

Once the security staff caught up with him, the man was bewildered asking who are you and where am I?

He had no remembrance of his whereabouts and slowly walked out of the home with a hunch and limp once again.

Some believe it was the spirit of Mr. Whaley whose had a strong fondness for his home even continuing to own it when the family moved back and forth from San Diego to San Francisco.

Here’s a video that was taken while on tour (I wasn’t supposed to video) notice the strange orb that moves across the video from left to right.  This was only noticed while editing for this blog post.  Is that a bug, reflection from dust, or something else? You decide. 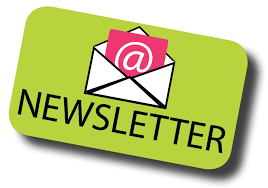 What to Know When Renting to Military Tenants 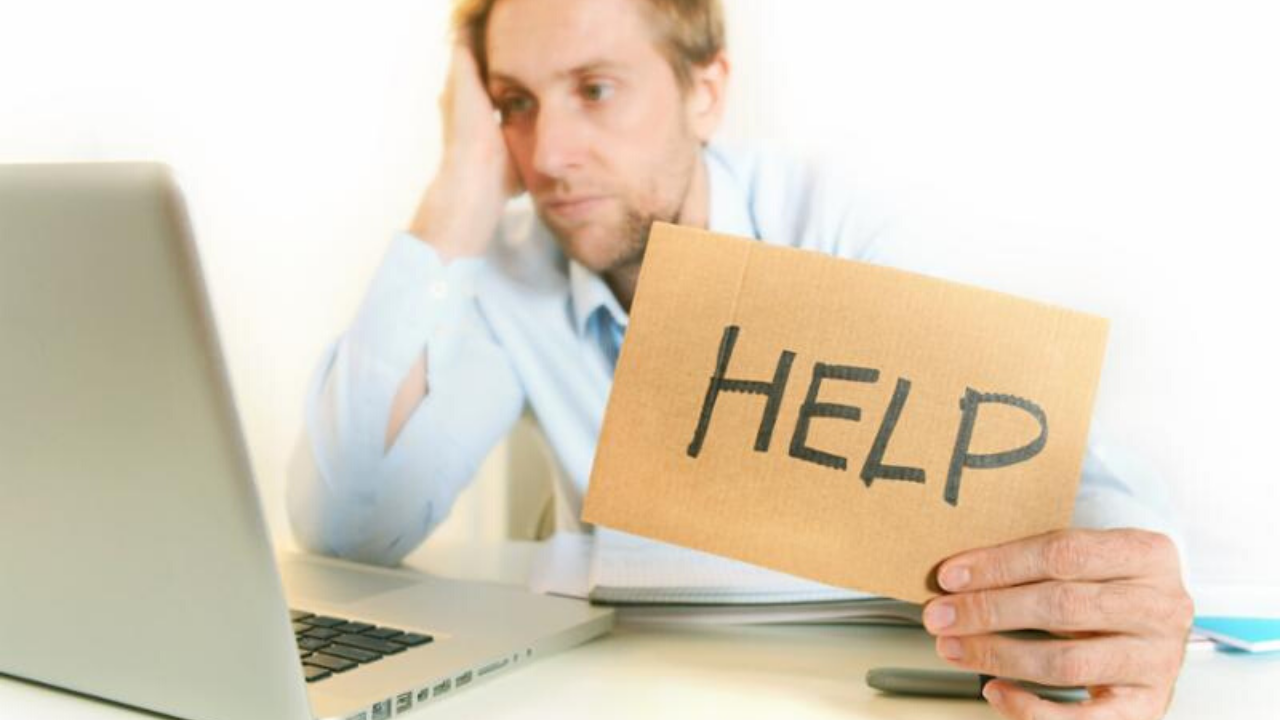 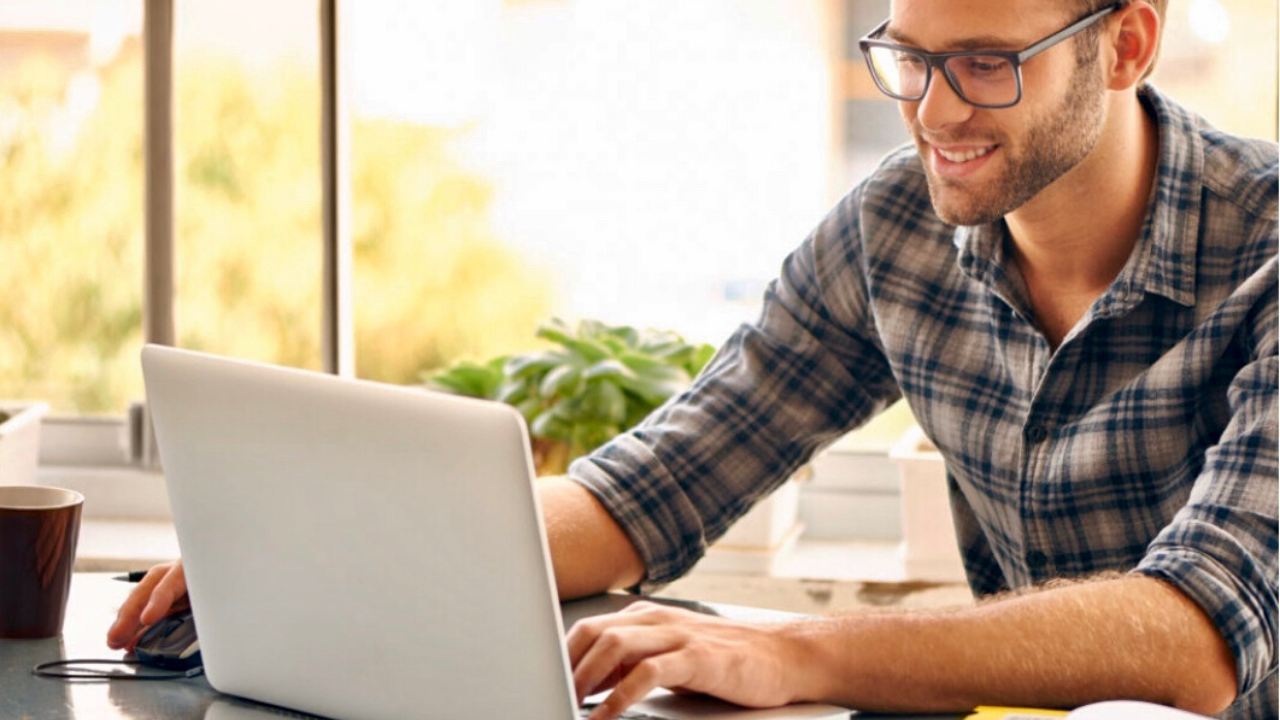 Owning rental property has many benefits and one of them is utilizing tax deductions to off set taxable income.  If you receive rental income from the rental of a dwelling,… 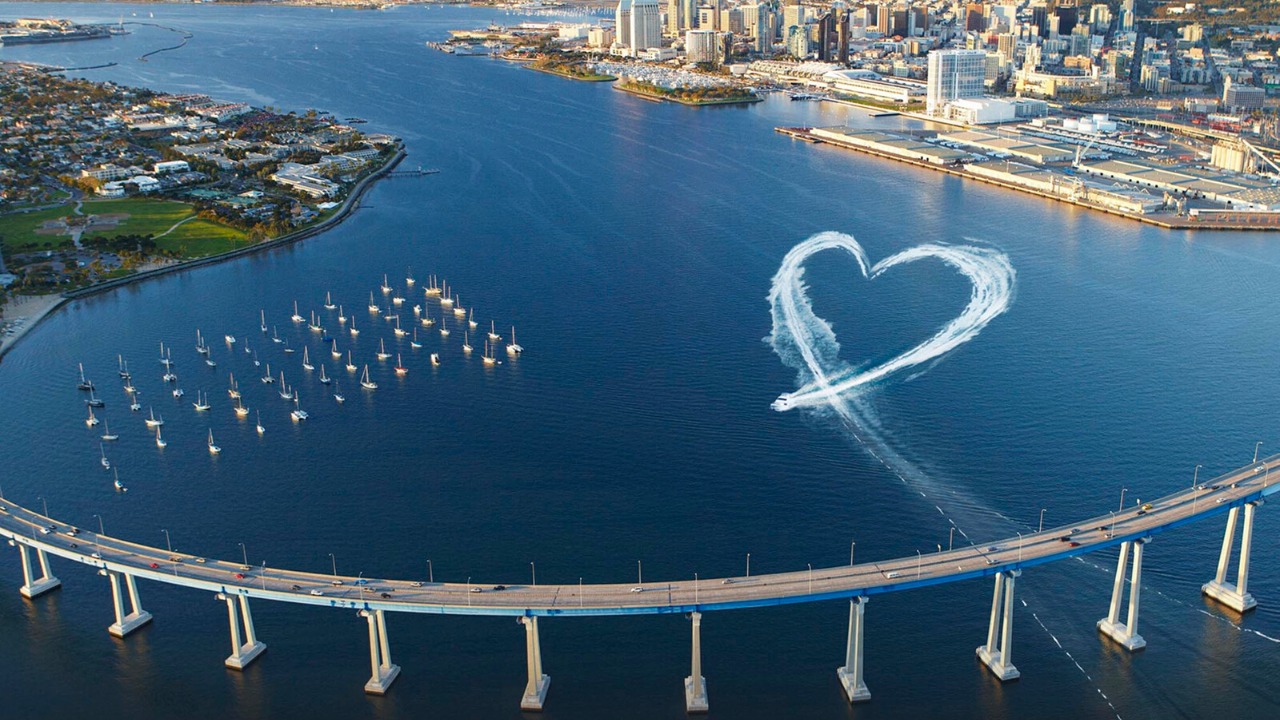 San Diego is known for its warm weather, fantastic beaches, and dreamy sunsets. From Old Town to La Jolla Shores, there’s romance brewing for the adventure-ers, the black-tie-event-ers, and everyone…

Enjoy peace of mind knowing that your property will be professionally managed by a team committed to finding quality tenants and providing Worry Free property management.

Call us today (858) 724-6304 to discuss your property management needs, I’m confident we can offer the best solution!